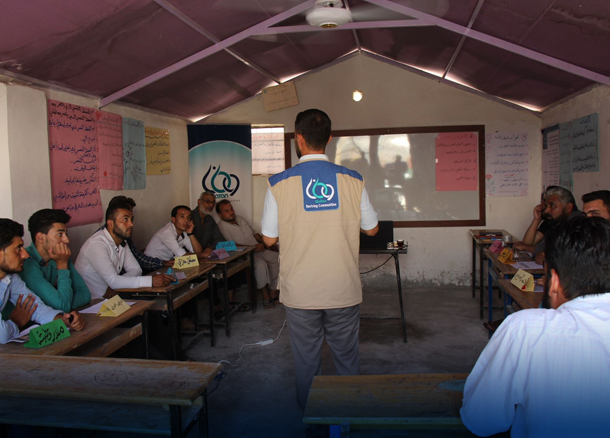 WATAN completed the first phase of the "Ahlan Sesame" project for the rehabilitation of caregivers in each of the following centers: Al-Salam, Al-Midan, Al-Wafa, and WATAN Centre 1 in the camps of Al-Dana and Azaz, which targeted 4,500 caregivers and more than 12,000 children. WATAN started at the beginning of the year, in partnership with the IRC, the implementation of the second phase of the project. The project targets each of the centers: Al-Hasan Al-Basri, Hamza bin Abdul-Muttalib, Al-Qadisiyah in the camps of Siraj, Khan Toman, Habit Al-Khair in the villages of Harza and Deir Hassan in Al-Dana sub-district in the northern countryside of Idlib. 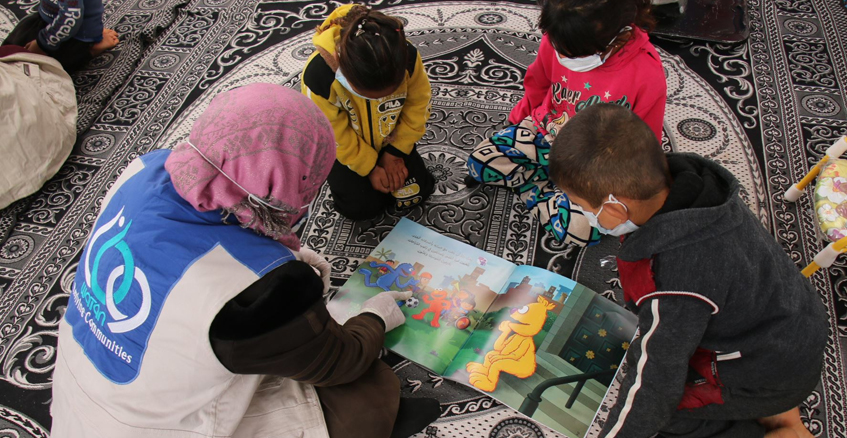 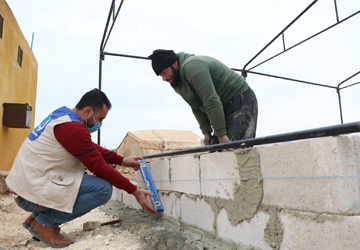 The “Ahlan Sesame” project aims to enhance the relationship between caregivers and their children, raise the capacity of caregivers to understand early childhood and cognitive, physical, and emotional aspects related, and promote children's development as young children in Syria are exposed to challenges that threaten their development.

It also aims to enhance the well-being of the children and restore hope in a generation of children affected by the conflict, and alleviate the effects of the traumatic experiences they went through. The project targets caregivers and parents of children aged 0-8 years old with the aim of raising their awareness of the importance of early childhood in all stages of the child's subsequent development, as well as exchanging experiences with them and providing them with parenting advice needed for their children and educating them about the means to alleviate the psychological pressure they are exposed to.

For children, a set of planned activities are provided to them with the aim of supporting aspects of physical, mental and emotional development and mitigating the effects of war, displacement, and the economic and social difficulties arising from it.

With the launch of the second stage of the project, the awareness field teams contacted the local communities with the aim of introducing the project and its objectives. The education field team, in cooperation with the project management and education program management and other departments in WATAN, began the process of preparing for the establishment of temporary education centers for caregivers and children in the camps with all the necessary technical equipment, educational material, activities materials, and furniture.
The teams in the three centers worked remotely by forming communication groups that included beneficiaries from the targeted camps. 216 caregivers were targeted, half of which were female, benefitting 450 children indirectly.