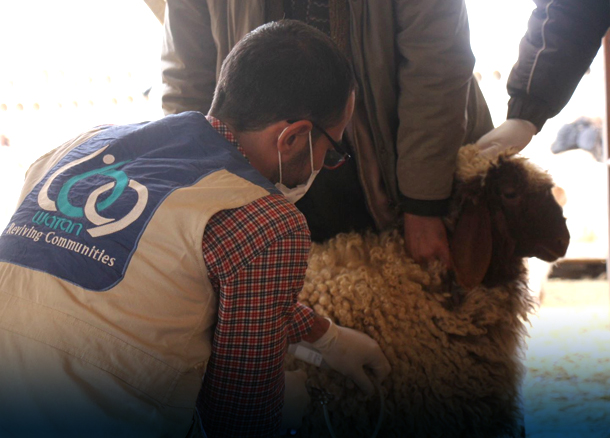 In an effort to improve the diet and livelihoods of vulnerable families in northwestern Syria, WATAN is implementing, with the support of FAO and other partner organizations, a vaccination campaign to eradicate the Ovine rinderpest, which is a contagious disease that primarily affects goats and sheep and kills between 80% and 90% of infected unvaccinated animals. The vaccine leads to three years protection from the disease. 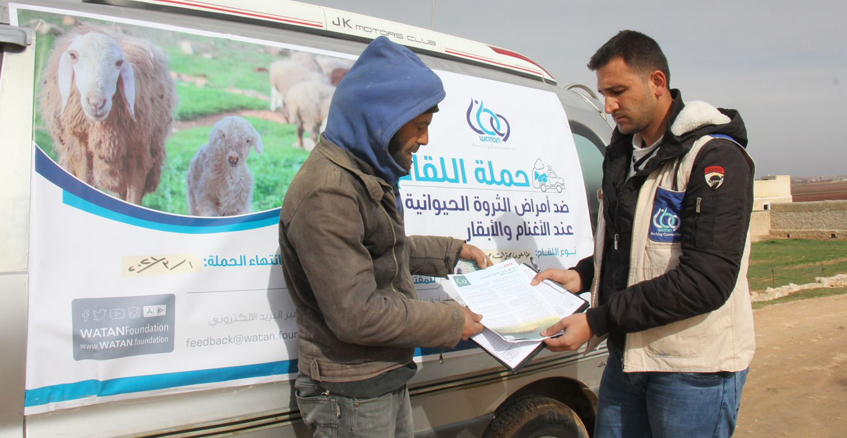 The intervention targets approximately 950000 sheep in northwestern Syria. Sheep and goats have never been vaccinated against PPR in Syria, and the campaign will end in mid-March of the year 2021. The campaign ,at end of January, had managed to vaccinate nearly 85,000 livestock in the Idlib and Aleppo regions, and reached nearly a thousand beneficiaries.